Dear Winter, I love you, but I’ve had enough,

It’s wintertime so I get it, you’re just doing your job,

But you’re doing it so well, you’re becoming a snob.

And still more to come is the news that I hear.

Your slowly weighing down my Christmas-time mood.

Now I’m not a Grinch (though my husband might debate),

But I have my limits so let’s get this straight.

Outside you may have all rights to roam,

But don’t think I don’t see you sneaking into my home!

Ladies, it’s time to make some snowmen cupcakes! I’ve been wanting to make snowmen for a little while but I hesitated because I didn’t know if they would hold together when I dipped them. So first I decided NOT to make them out of cake pops. Instead, I took a package of Nutter Butters and 8 oz. of cream cheese and threw them in my mixer (be careful…the cookies might revolt and jump out of the mixer to attack you!). I let my mixer run until there were no more chunks. 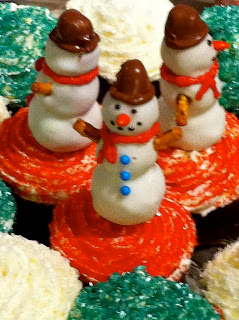 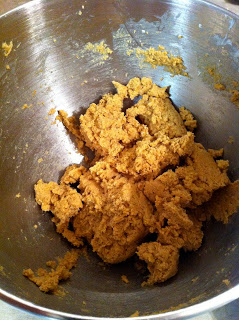 Then I started rolling the balls for my snowmen. 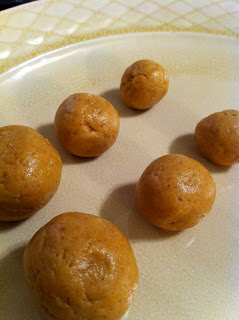 I mounted them on toothpicks just so it took up less space in my fridge. 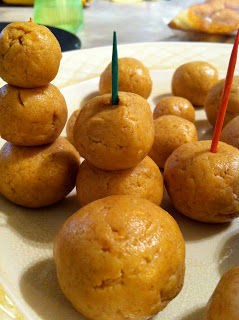 Refrigerate them for a couple of hours (or over night) and then transfer them to a skewer…you can actually put them on the skewer in the first place but I found it easier once the balls were harder. Cut a piece off a tootsie roll and roll it into a hat. Stick it on the end of the skewer. This will also help keep your snowman in place when you dip him. 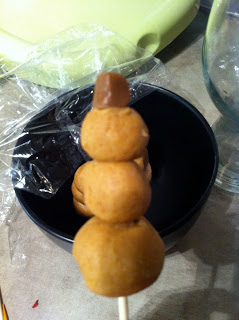 Melt candy melt in a small deep cup or bowl. Dunk the snowman in covering him all the way to the skewer. 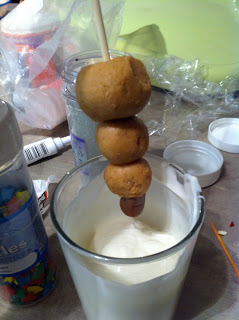 Pull him out and tap your wrist while spinning him to get the excess candy melt off. 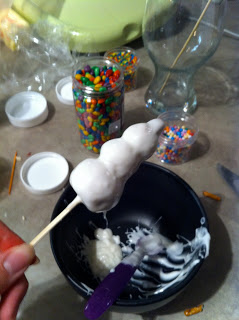 Immediately decorate him while he is still wet. I used a chocolate covered sunflower seed for his nose, sprinkles for his buttons and I cut pretzels for his arms. 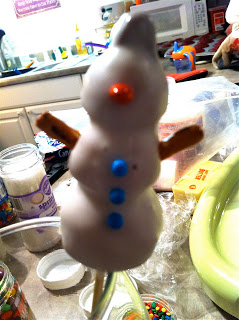 Once he has dried you can finish decorating him. Melt some chocolate chips in a small measuring cup and dip his hat in. Then put that melted chocolate in a squeeze bottle and pipe a brim around his hat. I used black decorating gel for his eyes and mouth but you can also you an edible pen. I used tube frosted to make his scarf. Cut the skewer down, stick him in your favorite cupcake or leave him as is and you are done! 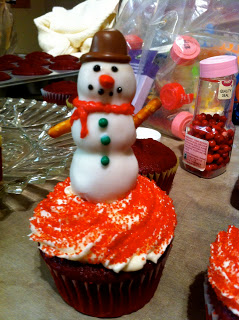 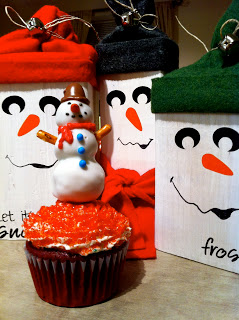 Because we know you love fun stuff check out more “Snowman” ideas.

There are no reviews yet. 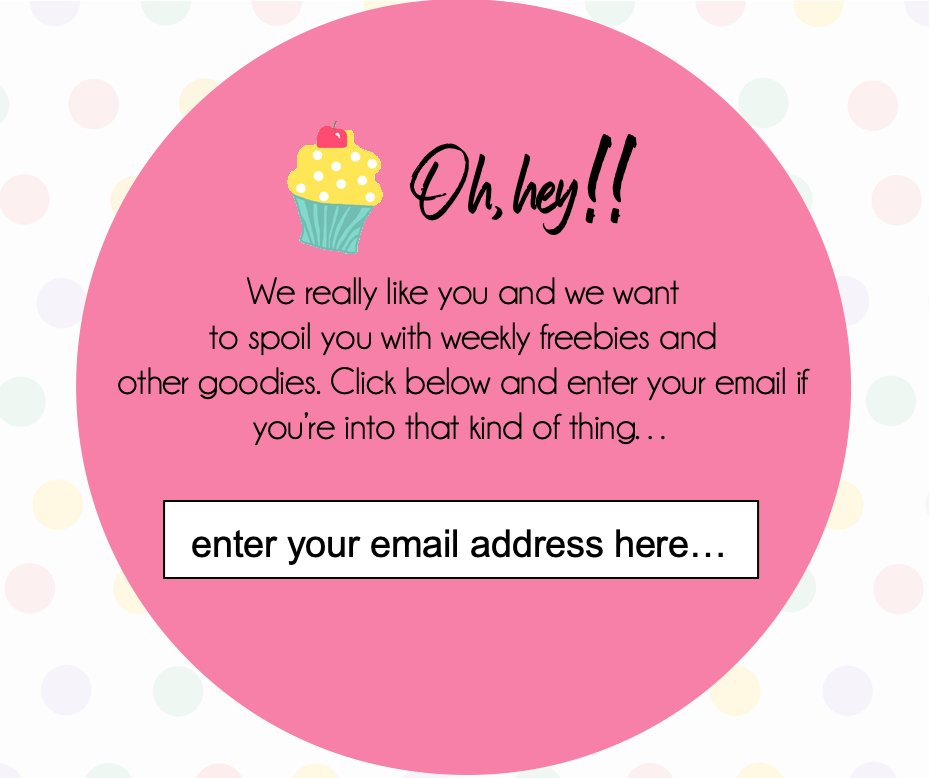